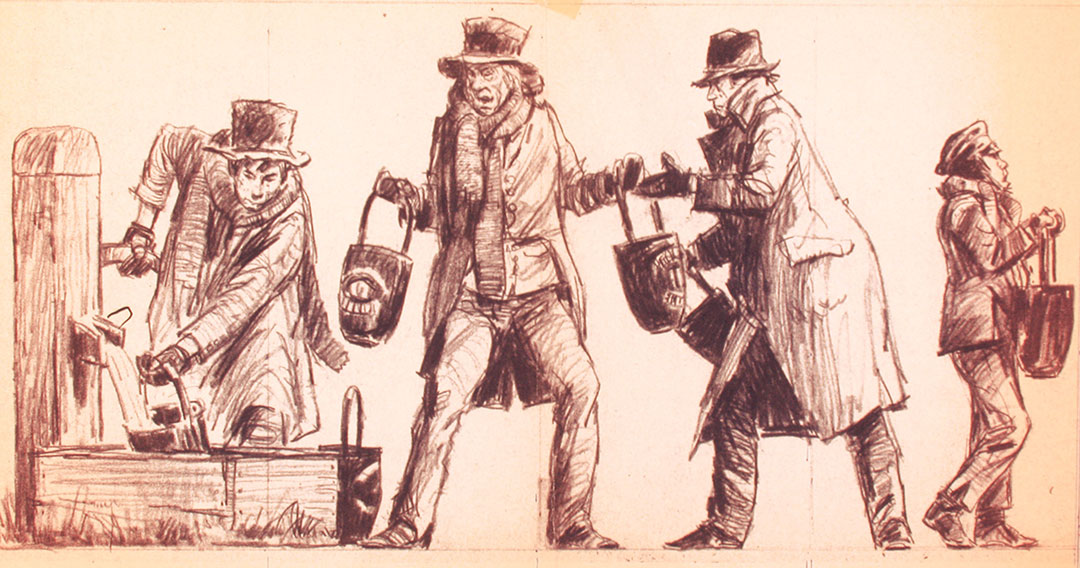 Fire changes a community, sometimes forever, and the village of Colborne had its fair share of devastating fires in the early days of the 20th century. First was a conflagration in 1906 which virtually wiped out the South side of King Street, Colborne’s main street, and areas to the west; Second, the total destruction of the Keeler family mansion, called “Kelwood”, which, sparked by a lightning strike, burned to the ground in 1911, and third was another fire in the business district in 1915, which again destroyed King Street’s South side, towards the east, damaging buildings that had been rebuilt a mere 9 years before. Happily, the sturdy red brick buildings that line King Street North, built in the early/mid 19th century, were minimally damaged.

Most villages, including Colborne, had a citizen bucket brigade and in these early days they used an old hand pumper which was operated by volunteers, six to a side, who had to pull “Old Betsy” to the fire location manually. There were three water reservoirs dedicated to fire control – at each end of Victoria Square Park and in front of the Presbyterian church. When the town water system was installed years later, Colborne bought a “modern” 1931 Ford fire truck, which was used as backup as late as 1959.

A fire bell, purchased with donations gathered by James Coyle was mounted in a metal tower in Victoria Square Park and Council decided December 27th, 1906 to pay a local citizen to ring the bell both for fire alerts and at 7:00 a.m 12 noon, 1:00 p.m. and 6:00 p.m. to mark the time of day. The sound of that bell was a great comfort and source of “community” until it was silenced (by 1919). 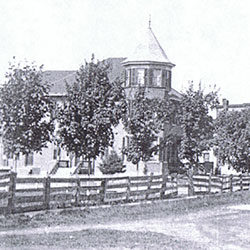