Addison Vars (1826-1881) was a prominent character in early Colborne history. He was a native of Colborne, although the village wouldn’t be called Colborne until 1829. Vars’ correct given name is unclear. Most references call him Addison, but some use Andrew, some Andrew Addison, and some Addison Andrew. However, most references, especially those that are contemporary with the man himself, refer to him as Addison.

Vars was listed as a wheelwright in the 1851 Census, then as a carriage and/or wagon maker in 1852 and 1854 land records and an 1857 gazetteer. By the 1860s he was listed as a general merchant (1864 gazetteer) and a purveyor of groceries, liquors, and provisions (1865, 1869, 1870, and 1871 gazetteers). Many other sources referred to him unhelpfully simply as a “merchant”. One land office record from 1873, the 1878 Northumberland County Atlas, and his death record from 1881 refer to him as an insurance agent. He was also the captain of Company 7 in the 40th Battalion of the Northumberland County Militia (lists seen for 1876, 1877, and 1880). In 1854 he had a carriage/wagon business on the north side of King Street just west of the Presbyterian Church. In the early 1860s he was in business with James Stuart Strong (1815-1896) on Reid Lot 240 on the south side of King Street, as can be seen in the photograph in Figure 1. This photograph can be dated from sometime between 1860 and 1866. A comment attached to this photograph in the Cramahe Archives suggests that Vars and Strong was a carriage shop, but sometime in the late 1850s or early 1860s Vars switched from carriage making to the selling of groceries, etc. and the photograph falls right in that period. An 1864 gazetteer lists Vars and Strong as “general merchants”, not as carriage makers. 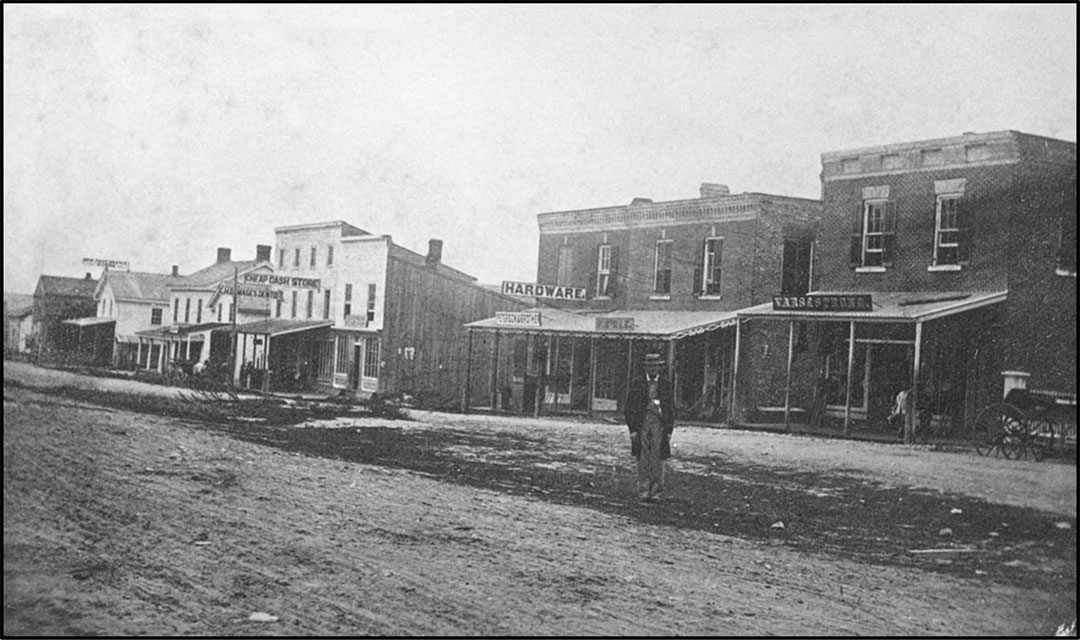 Vars was designated Clerk at $40 per annum at the first Colborne Council meeting, held in 1859. Records of him as Town Clerk continue until 1881, the year of his death from dropsy (an old term for edema, fluid buildup in tissues, often, but not always, due to heart failure).