John was a farm labourer for hire, known as a “hind”, who specialized in animal husbandry. He was contracted from year to year to work on various estates bordering Scotland. Jane was also hired to work in the fields. The estate owner would provide the labourers with accommodation, usually a stone cottage.

By 1838, John’s family had grown to 5 children, four sons, James, Robert, John, and Mark, and the youngest, a daughter, Mary. Only a number of men and women were required by a landowner. Children over the age of ten were also hired with their families. All would be paid; however, not all members of some families would be employed, especially sons, and families were forced to move on in May to find work elsewhere.

With the advent of farm machinery in the late 1830’s, as families grew, and with no hope of acquiring land for themselves, many decided to emigrate to various British Colonies, often with the help of the British Government. John and Jane Cowey chose the British Colony of Upper Canada. The labourers would gather on Sundays at Church where John had probably heard stories of Upper Canada with place names very similar to places around where they had lived: Wooler, Norham, Warkworth, Alnwick, and of course, Northumberland County. They sailed from Leith, Scotland, for Liverpool, and then on to North America, in May, 1840, arriving in the Colborne area in September of that year.

They began as tenant farmers on land owned by J. Steel in Cramahe Township. Life was harsh. Among the worst winters recorded was the winter of 1842-1843.

Within 13 years from arrival, John and Jane were in a position to accomplish what was once thought impossible: land ownership. By hard work and financial success in farming, and by obtaining mortgages, the family began purchasing acreage.

By 1880, Robert Cowey had married Christina Inglis, built a grist mill in Norham, prospered, and then decided to move out West to secure a land grant.

John Campbell Cowey married Amelia Bowden and built a home on land south of Castleton, where Cowie Road is now.

Mark, unmarried, lived with his parents and took responsibility for the farm.

By 1899, both John and Jane Cowey had passed away. The Cowey children, with the exception of Robert Semple Cowey, had settled and prospered in Cramahe Township. Mark, unfortunately, fell from the roof of his parents’ barn and died. John Campbell Cowey built his home on Cowie Road. James and Ellen raised their family in what has become known as the Keeler- Campbell House on County Road 31 in Lakeport.

The Coweys built and lived in other homes (on what has variously been known as Ontario Street, Factory Road, Lakeport road, and currently County Road 31), near the CPR tracks built through James’ and Ellen’s property on the north side of that road. Son John and wife Barbara, and then Frank and wife Ruby, also built homes on the north side of County Road 31 in Lakeport, both east of the CPR tracks. 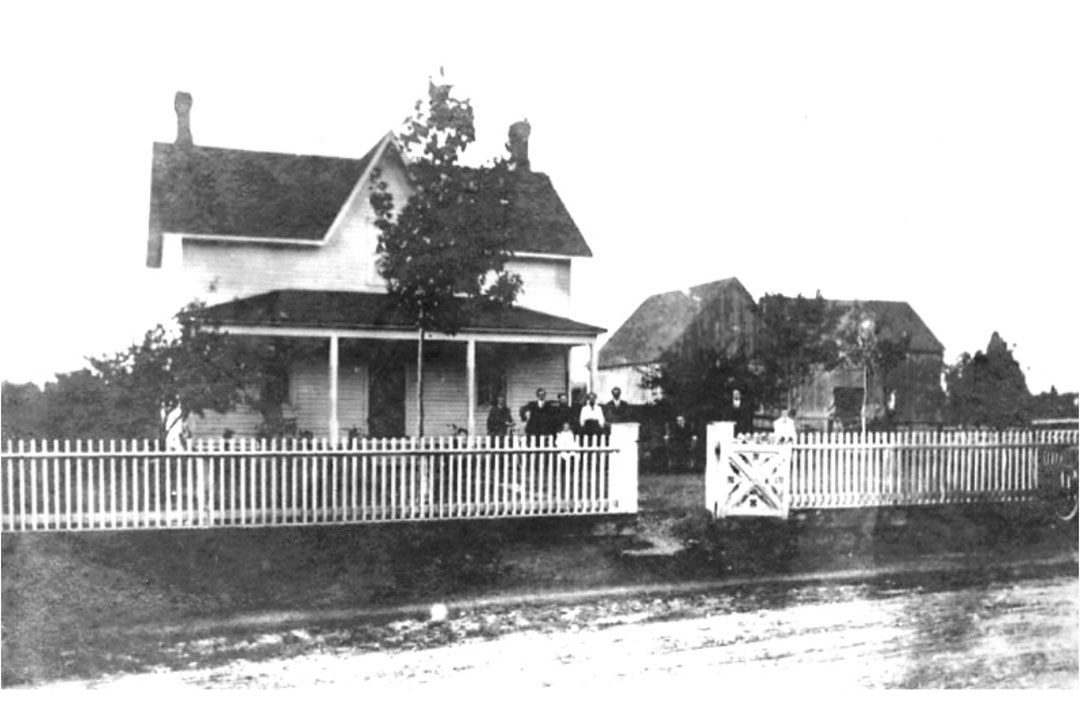 The home of John and Barbara Cowey. 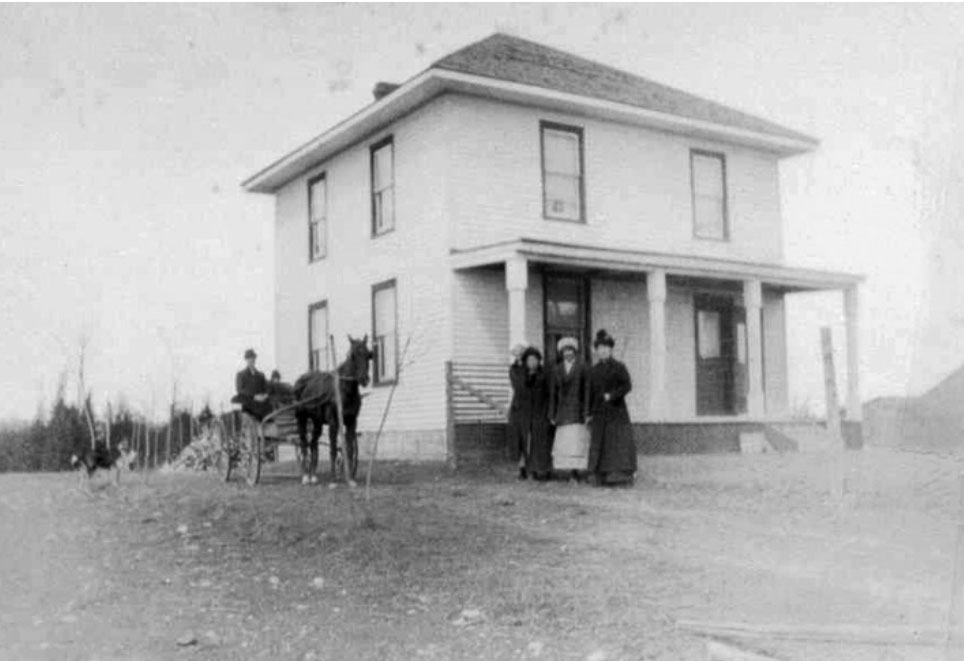 The home of Frank and Ruby Cowey west of John’s.

John and Jane’s nephew, Robert Cowey (1823-1892), soon followed his uncle to Northumberland County. He married Mary Craig and became one of 2 blacksmiths working in Lakeport. His shop was adjacent to a home owned by his daughter, Jennie (1847-1931), who was living in Bridgeport, Connecticut. Jennie sold her home to Mary Jane Cowey (1875-1939), the daughter of her father’s cousin. Both buildings are located on the south side of County Road 31, adjacent to the railroad tracks.

John and Jane Cowey, along with their 5 young children, took a chance to emigrate to Upper Canada to escape poverty. With determination, and hard work, they made a home for themselves and prospered. Their descendants are scattered throughout Ontario, Western Canada, and Australia. They particularly contributed to the life of Colborne, Castleton, Dundonald, Lakeport, Norham, and Vernonville in Northumberland County.