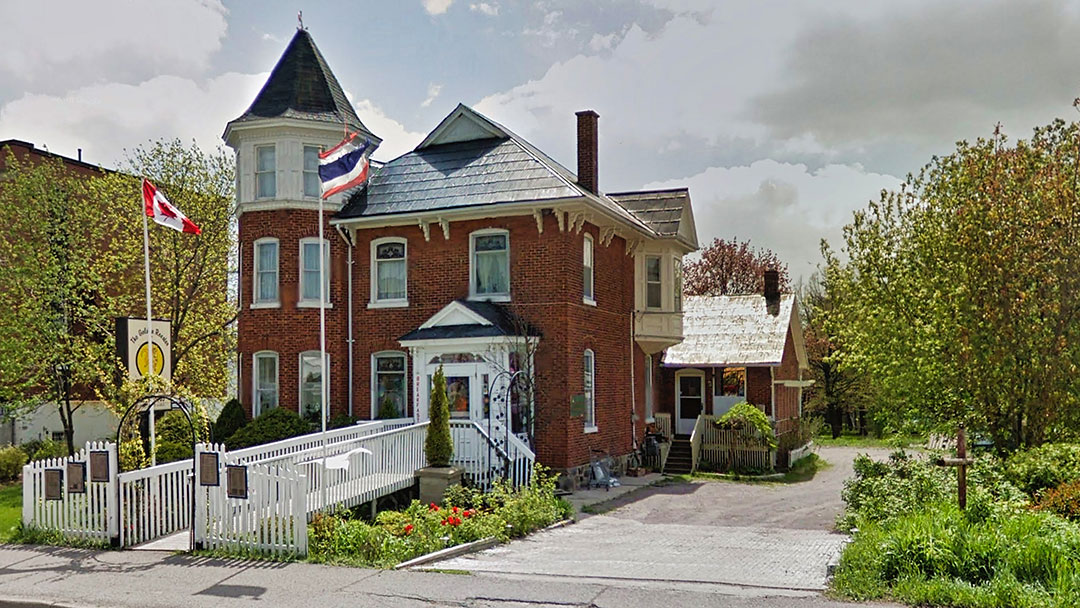 Not surprisingly, it is easier to find records for the second half of the 19th century when Colborne and other villages in Northumberland County, Ontario, were mapping out green spaces, transportation roadways, residential streets and sidewalks together with more permanent buildings to accommodate the growing population. Colborne was a thriving market town, bustling with shops and services and by the date of incorporation – 1859 – it was well established. Through research and some reasoned speculation, we can turn back the calendar to weave together a history of our village in those very early days.

It has long been held that Joseph Keeler of Rutland, Vermont was the first to arrive in 1795 with a boatload of sturdy pioneers, anxious to start a new life, after the American Revolutionary War (1775-1783) created a deep divide between American patriots and those United Empire Loyalists who continued to support the British monarch, but were therefore obliged to flee to Upper Canada.

We know, through land use records that the large Queen Anne Revival Victorian house on Reid Lot 151 (now 5 Toronto Street – across from Victoria Square Park) was a restaurant at least back to 1999 when it was purchased by Harry Philipp. It changed hands again in the last couple of years and the current owners elected to continue the name Golden Rooster for their restaurant.

Records available today show that our Victorian changed hands many times in the 20th century – 14 to be exact, and at one point it belonged to the township. 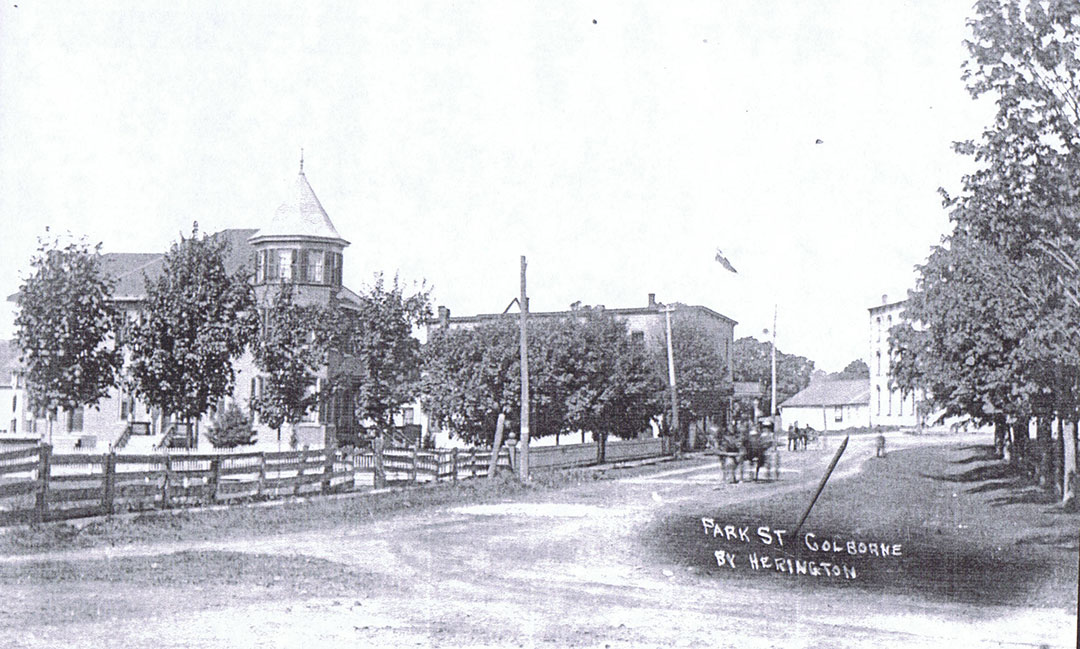 But let us travel back to the 19th century. The land upon which our sturdy Victorian stood – until January 22, 2021 – was purchased by Donald Campbell of the Lakeport Campbells in 1833, and he owned it until his demise in 1892 – 59 years. And we know a hotel called the Mansion House Hotel opened in this location circa 1832 – and operated until circa 1871.

The question is was the Hotel housed in our Queen Anne building? There are arguments for and against that hypothesis.

Supporting the hypothesis, are the multiple references to a “large and commodious “house” , …in repairing and furnishing the “house”, “…the “house” has recently undergone a thorough repair”, to be found in ads for the Mansion House Hotel in 1833/1834 local newspapers. And, the name itself introduces a bit of snobbery by suggesting a very large and grand “house” (or mansion), was perhaps a step above the more pedestrian purpose built hotels.

But, the architecture of our Victorian was a classic Queen Anne Revival, with its tower and oriel window, 3 tall stories, brick built, gingerbread decoration, small multi-paned windows, some with stained glass and a semi elliptical doorway, all of which are the hallmark of the architecture of Queen Victoria’s reign (1837–1901). A preponderance of evidence in the research on Victorian style houses all over Cramahe Township, leads to speculation that these imposing houses were built in the last quarter of the 19th century and early 20th century, not the 1820/30s when the Mansion House Hotel began life. This information is corroborated on the OntarioArchitecture.ca website.

There was obviously some structure on Reid Lot 151, in 1830 when the Mansion House Hotel opened, it might have been a building constructed earlier than 1830 and demolished in the 1870s to make way for this Queen Anne, because this style is a much later vintage.

So after a long sojourn on Toronto Road, witnessing the social evolution from horse and carriage to modern times, the Rooster burned to the ground in spectacular fashion on the evening of January 22, 2021. Whatever its provenance, Colborne has lost an important contribution to the streetscape and our small village has changed forever.