This property on the corner of North and Division Street in the village of Colborne, is clad in the red brick so popular in Northumberland County in the mid and late 1800s.

The house is Italianate architecture, given the tall slim profile, the round head windows (with original 2 over 2 pane still in place), the hip roof, offset front door, decorative porch, ground level bow window and rubble foundation which dates it to the mid to late 1800s. The Italianate twinned brackets under the eaves are very common to the style but this particular property doesn’t have any of the other embellishments often seen on Italianates of the era, such as gingerbread, finials and decorative cornice board.

There is a one story summer porch at the rear of the house, off the kitchen.

The house may have been built by the same architect/builder working in the area, who, we speculate, also built 5 Church Street East, 5 North Street, 57 King Street East and so on.

This house has not been updated recently and it has some maintenance issues, but it has the structural integrity common to these stoutly built century homes.

The Dailey brothers (Joseph Nelson and Napoleon Bonaparte) both farmers in the village of Colborne, bought No. 25 Division Street (then Reid Lot 255) in 1871. In 1875, they sold to Thomas Brown – commercial traveller – father of James Archer Brown (local doctor). In 1882 Brown sold to Joseph J. Onyon a British born Cramahe farmer – we speculate he built the house. In 1908 the property was sold to Ralph Rutherford who was 2nd cousin to the local war hero, Charles Smith Rutherford. (VC MC MM)

Nelson and Napoleon. Both named after famous military men of the Napoleonic era, but who fought on opposite sides. Hm.

The Dailey boys were sons of Colborne grocer Daniel Dailey (1803-1889), and were themselves farmers. In 1871, Nelson farmed land in Concession 1, Lot 34, and Napoleon in Concession 1, Lot 33. Both of these lots are just a little to the west of Colborne, which extends west to Lot 32. Napoleon was also listed in various places as labourer and machinist. Napoleon died of typhoid at the age of 32. He never married. Nelson married Hannah Maria Merriman (ca. 1843-1894, daughter of Titus Simeon Merriman) in 1878, but they don’t appear to have had any children. 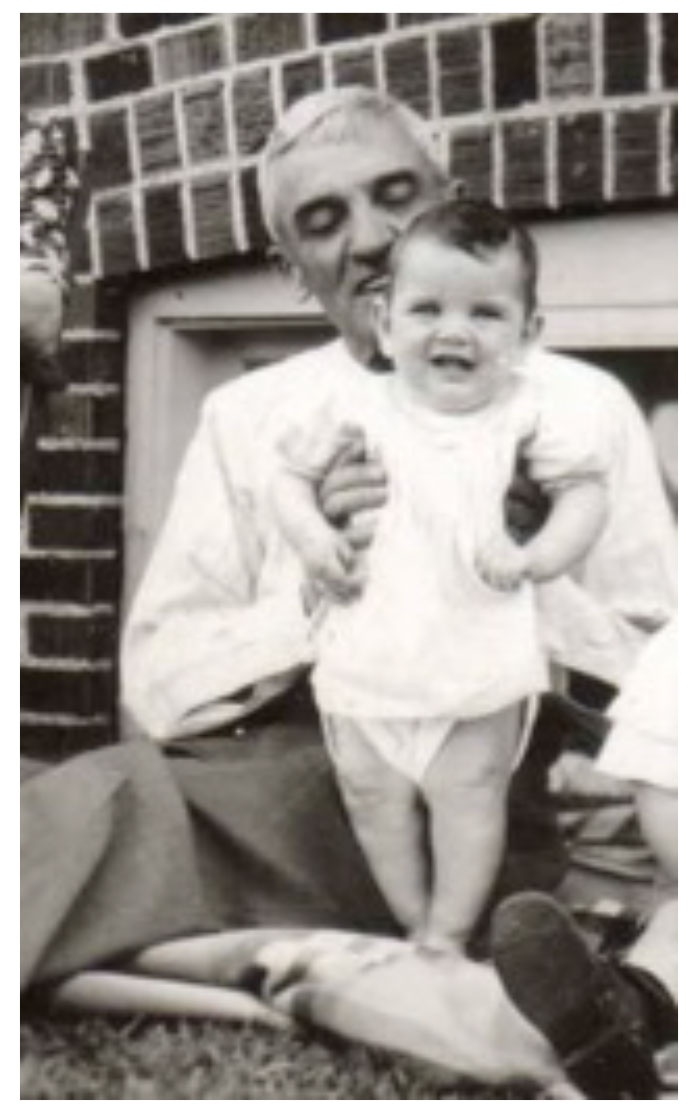 Between the death of his first wife and his marriage to his second, Rutherford sold Reid Lot 255 to John Austin Lemon (1871-1921) on 4/21/1913. Rutherford was listed in the Land Office record for this transaction as being a jeweller living in Edmonton. Lemon was a grocery merchant who was originally from Norfolk County, Ontario but was a Colborne resident from about 1905 to his death of a stroke in 1921. His wife was Hallie Mae Young (ca. 1882-?, married 1908 in Norfolk County). I have found no genealogies for Lemon, so I am unsure of his children, but there was a son, Harold A., age 1, listed in the 1911 census.

The Dailey brothers owned several properties in Colborne, so there is no evidence one way or the other about whether either of them lived at 25 Division Street. We know that Thomas Brown and family lived at 5 North Street (Robin’s house), not at 25 Division Street. The Onyon family owned the property from 1882 to 1908 and owned no other property in Colborne. They probably lived there. I know that the Rutherfords lived in the house, because they are listed as being residents of Division Street in the 1911 census. I suspect the Lemons lived there too, because they also owned no other properties in town.

I can’t tell anything from purchase prices for the first couple of transactions listed here for this property because other properties were also involved. However, the purchase price I have for the Brown-Onyon sale of 1882 is $35, and the sale from Onyon to Rutherford is $1600. Rutherford sold the property to Lemon for $2500. I need to go back and verify the $35, because it seems rather low, but if it was a typo on my part, I don’t think I did anything more than leave off a zero (making it $350). Either way, there was a big jump in price between the time Onyon bought the property in 1882 and the time he sold it in 1908, so it looks like Onyon probably built the house.