174 King Street East in the village of Colborne is what is known as a Gothic Revival cottage though there are differences if contrasted with some other of the local Gothic cottages (see 13976 Highway 2 property and 101 King Street East) and with the design principles noted for that architectural style.

For example, the gable is usually deeper and steeper in a true Gothic Revival and there is a palladian window in the gable peak. Often they were built in masonry (brick, stucco) rather than clapboard and the windows were tall ceiling to floor. The front door too often has glass with overhead transom and sidelights.

No. 174 King Street East has a square stained glass window in the gable peak, there are mullioned windows though they are not as tall as is often the case, the front door has glass sidelights but it appears to be of a newer vintage. The siding is also newer, but there may be narrow gauge clapboard underneath.

The roof is gable and the house appears to be one story but is probably one and a half or even two. In the era, taxes were based in the number of stories, number of fireplaces etc.

The build date for this house is in the latter part of the 1800s and it belonged to one of Colborne’s prominent families, the Merrimans.

No. 174 King Street East sits in an historic “cluster” of significant properties, from the Keeler Tavern across the street, to the nearby house at 152 King Street East which, it is speculated, was used as a barracks during the war of 1812.

No. 174 King Street East bears a sharp resemblance to the designated house at 221 Orchard Road. (known
as the Fannin property). The build date for that house is approx. 1850 so perhaps this house is the same age.

This house is directly across from Keeler’s Tavern which was operated by Joseph Keeler and his son Joseph Abbott in the very early 19th century. Records are not clear enough to determine whether the house belonged to Hiram Merriman who was the patriarch of one of the founding families and in 1857 was a sash and cabinet maker, prominent in civic affairs and town development. Or did his son J.M. Merriman, who was a customs collector in 1857, build it? 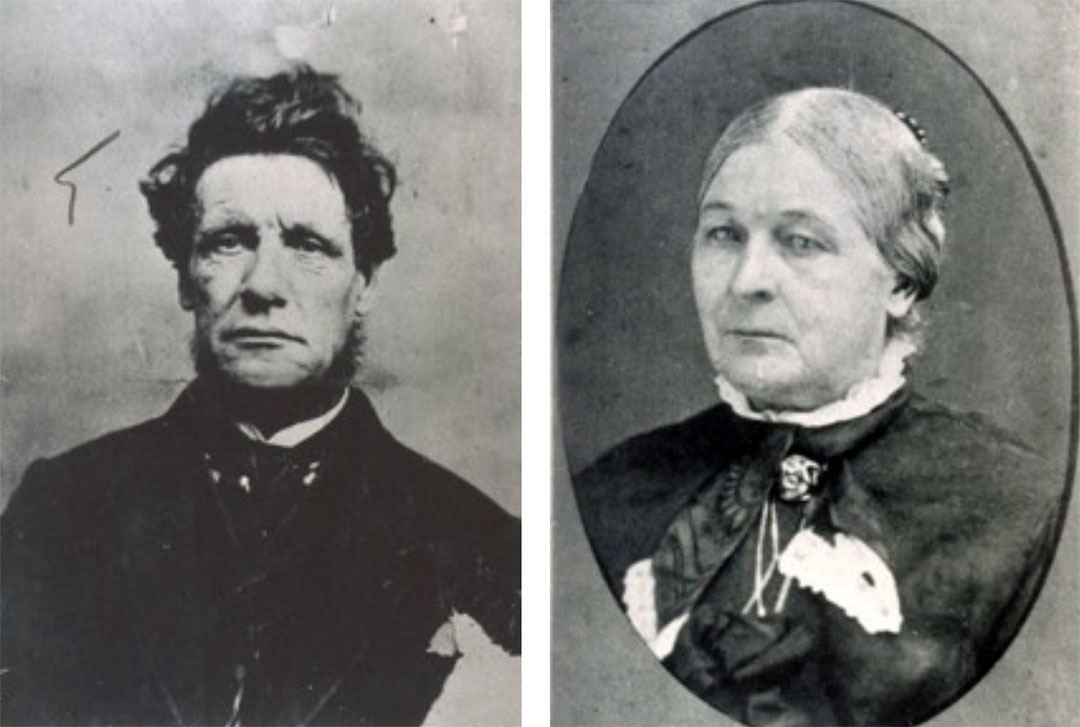 Thomas Fortune was also listed as a resident of Colborne in 1851. His occupation at the time was “bailiff”. It is not certain, but he may have been the brother of Northumberland County Sheriff James B. Fortune (1814-1864).

Isaac Powers was not a resident of Colborne. He was a merchant residing in Watertown, New York. He was the nephew of Colborne physician Jabez Proctor Powers (1803-1888).

James Hughes appears in Cramahe censuses from 1851, 1861, and 1881. When he purchased the property of interest here he was living in Aylmer, Ontario. He was a Wesleyan Methodist minister and his wife was Christiana Soper (ca. 1818-1894). He died in Colborne of “senility” in 1895. Interestingly, his death record states that he had been born “on board a man-of-war in the North Sea”.

This house is generally referred to as the “Merriman House”, suggesting that a Merriman built and/or lived in it. It is possible that the house was built by a Merriman sometime before 1851, but if so the builder didn’t own the property as it belonged to the University of Toronto. It is doubtful that Peleg Wood built the house because he owned the property for only a few months in 1851-1852. James Monroe Merriman was involved with the property from 1852 to 1864, but it is known from a land office record that Bradford Peterson lived there in 1854. It is, however, certainly possible and perhaps even likely that Merriman lived there from 1854 to 1864. James Hughes appears to have retired to Colborne and it is certainly feasible that he lived in the house. The same is true of Hughes’ niece Ada Massie and of Alexander and/or Estella Chatterson. Of course, this is all guesswork. The only solid record for occupancy is for Bradford Patterson in 1854.